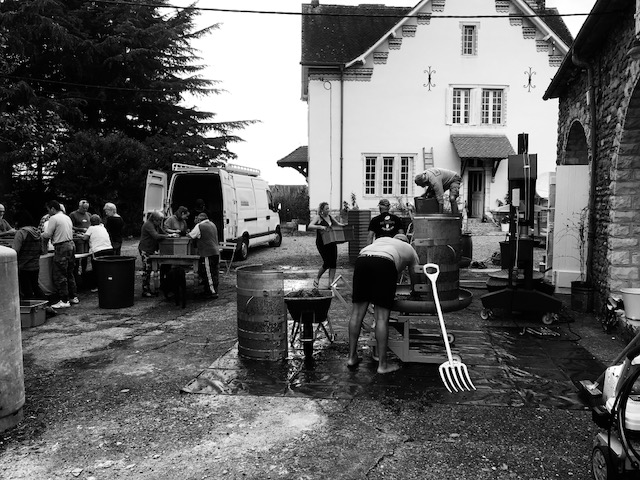 Would you believe that sitting in some barrels in the half of the building beside us that we wouldn’t let my mother-in-law call her “house”, we have what is now legally and officially called “wine”. Believe me, the surprise is mutual. Last email I promised to tell you a little bit of the process and thinking behind how we came to make it in the way that we have, but first I need to set a little bit of context around how wine is normally made here, with its traditions both admirable and dim-witted: 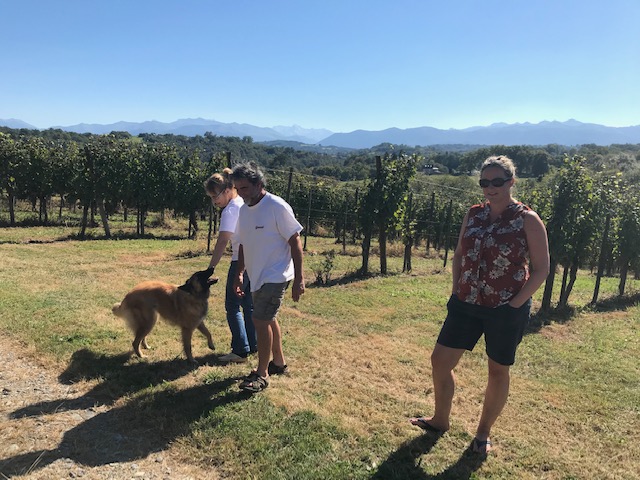 Jess at the Lasseube vineyard, complete with “Nice to Meet You”, the vineyard dog!

Jurancon sells nearly all of its production in France, and most of that within the local region, where it is drunk as a sweet aperitif to accompany charcuterie and sheeps’ cheese before a meal.

This results in what I would personally say was a really good everyday white wine. Not special, but miles better than most wines you come across. However, its not what we want to make. We are doing the following: 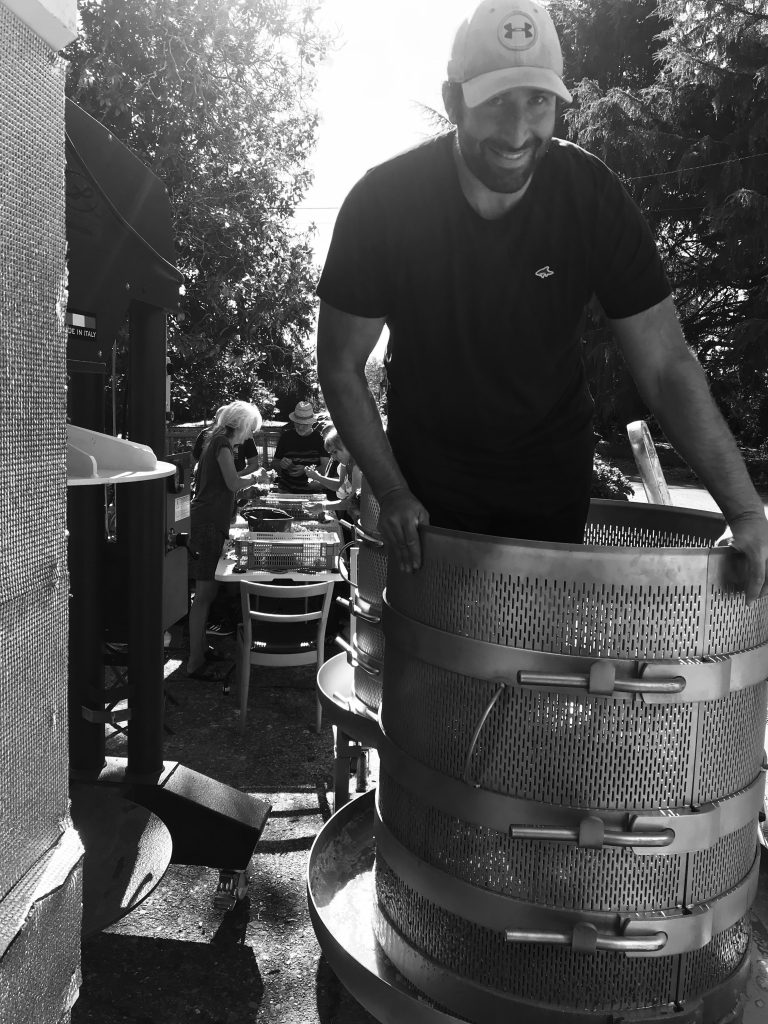 Foot-treading allows the basket to be filled with more grapes, cutting down pressing time and reducing potential oxidation. Its also great exercise, which is why I’m not doing it.

Now frankly, we don’t really know if how its going to turn out, but so far so good: 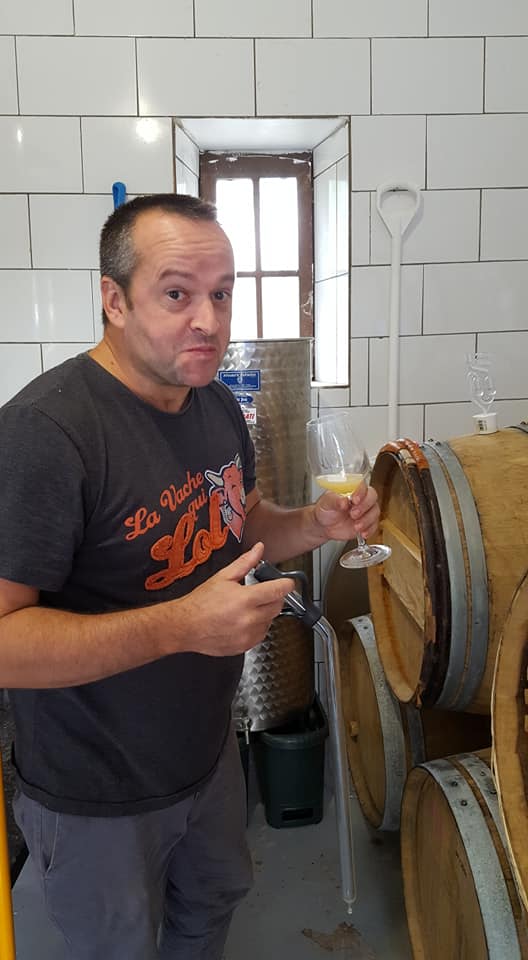 Still cloudy from fermentation, but weirdly, it actually tastes pretty good, to my evident surprise!

The next step, whilst we wait for the wine to complete its élevage is to have a little think about what to call it and how to label it.

All I will say is that I’m really, really annoyed that my first choice has already been taken by another wine:

Do you reckon anyone did any market testing with this name before putting it on the label?

Right, I’m off to cut up some big trees. Next time it will be either sulphur and lees management, or following a fermentation and elevage in the lab. Stay tuned!