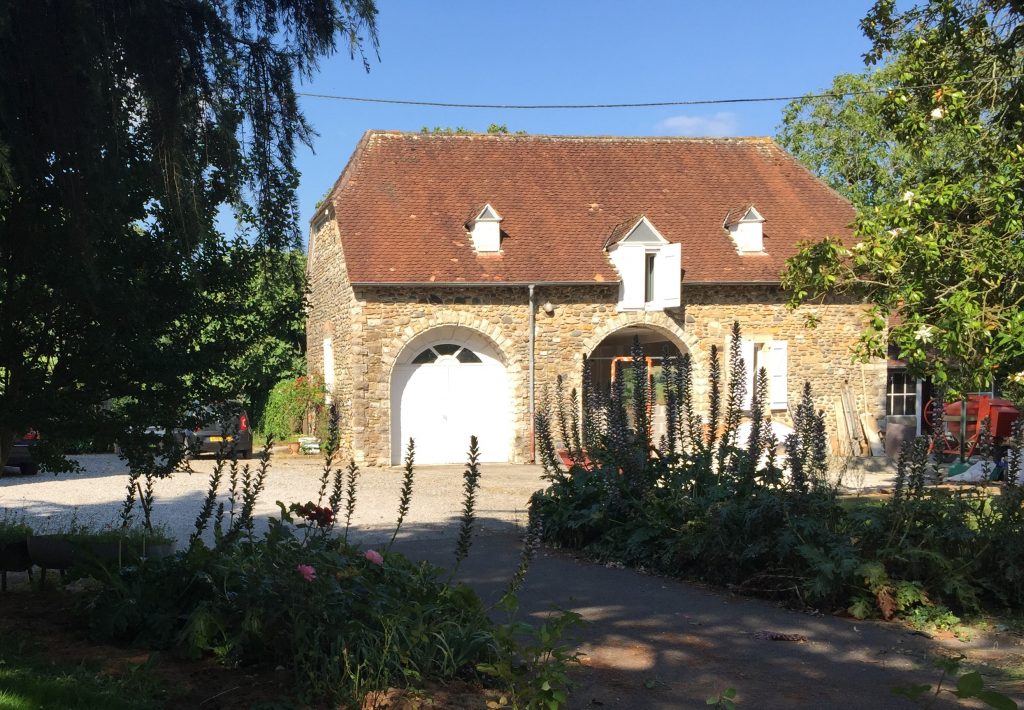 When Jess and I first visited the Bearn to look for a house, our intention was always to move to France along with Jess’s mum, Jackie. Jess is an only child (some may say that explains quite a lot….) so as Jackie has always wanted to live in France, it seemed like the perfect opportunity.

The only thing is, I grew up living in a big house in Belfast with my immediate family and also my mums’ parents. After a few years of this she made me promise that no matter what happens, I could never, ever, move in with your parents. So, the question was, how to remain true to those very wise words, whilst not forcing the mother in law to live in an old shed miles away? When we saw the house that we eventually bought, we knew we had the solution.  The house in Audaux is an old maison de maitre, and as such used to have servants living with the original family. As part of this it had a garage building with living quarters on the first floor, and the whole thing is quite a pretty, river-stone béarnaise house.

If we bought something like that, we wouldn’t be living on top of each other yet would be close enough to help each other out. There was another advantage on my mind….

You can imagine Jackie’s delight when she saw it. It has its own private garden, space for 2 or 3 bedrooms upstairs and loads of groundfloor space.

You can imagine her distress when we announced that the left hand side of it was going to be the winery. Oh well, needs must.

So, the question is, how to turn a musty old rotten garage into a flexible and modern winery? The answer is, find some help with a jackhammer and angle-grinder. 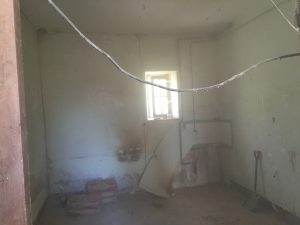 The winery before any work has been done. Lovely eh? 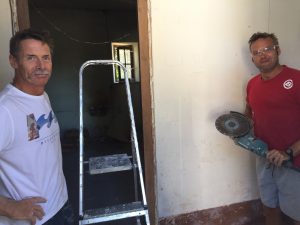 Dont invite this pair round to the Ritz for high tea.

The jobs to do were the following: 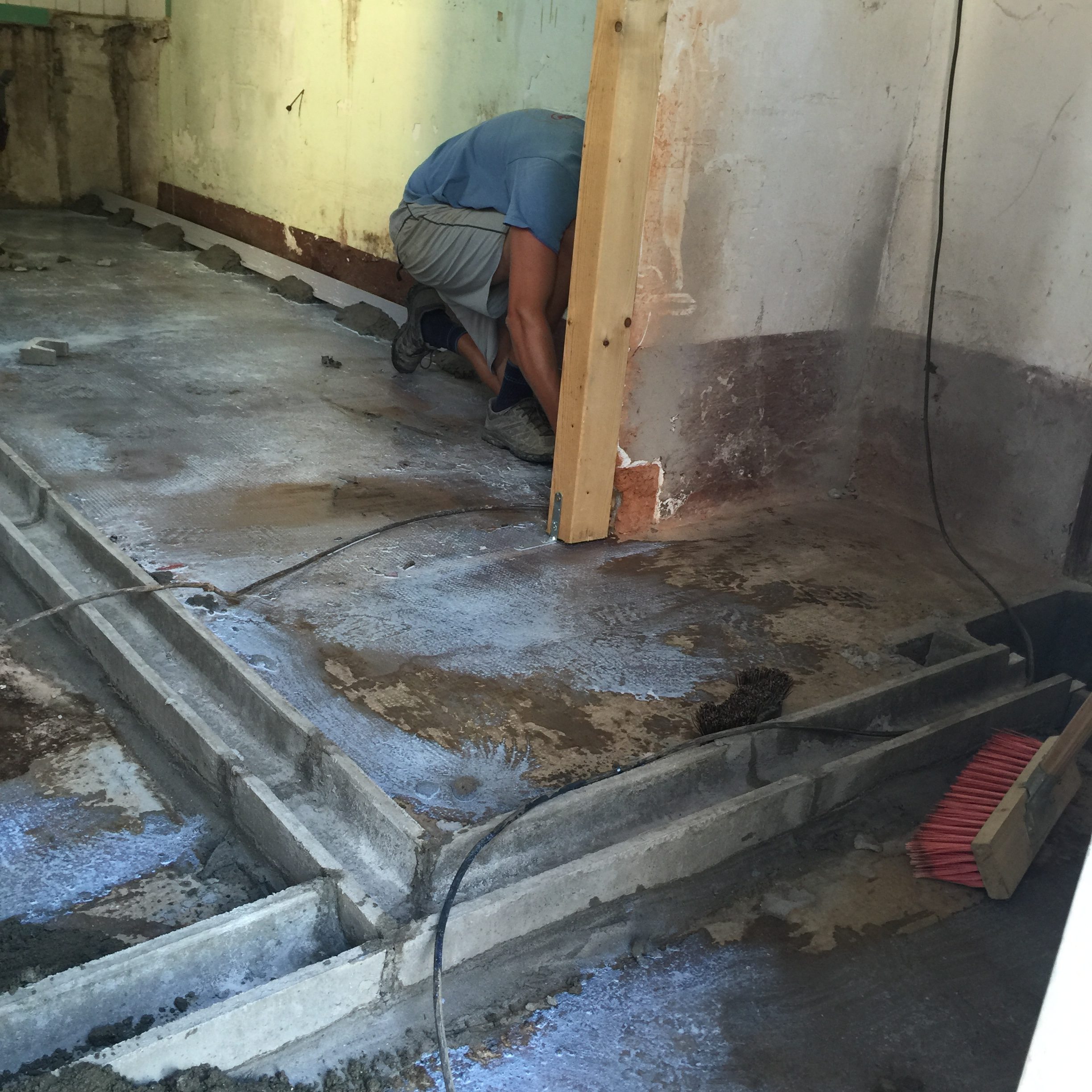 To be honest, this mostly went fine, though took a slightly frightening 4 months to complete. Why you say? Well, endless small problems, as usual:

So, after quite a bit of hard work, the winery is almost complete. We are still waiting for the new 3 phase power supply (see the post on power supplies), but other than that I reckon it looks pretty. Now to fill it up with shiny new equipment. Hooray, buying stuff, my favourite hobby! 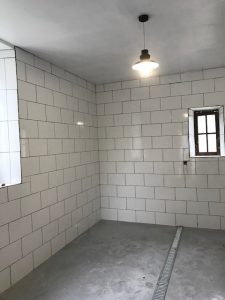 The finished article. I know, it looks a bit like an abattoir, but hey go with it, this is wine we are making, not architecture