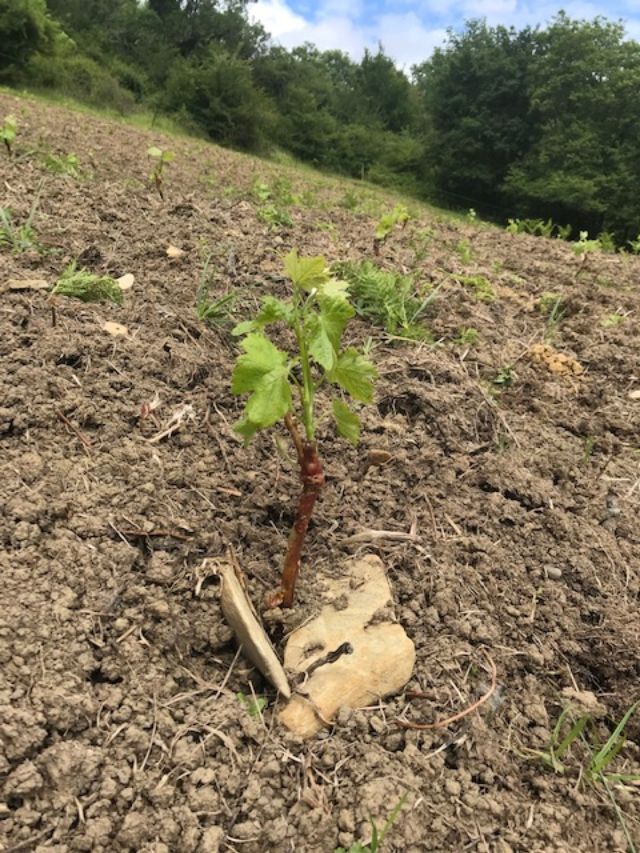 It struck me that perhaps it would be interesting (for me at least if not for you), to keep a photo diary of a single vine throughout the season (and who knows, perhaps into future seasons too if you aren’t too bored by it), just to see how its doing. This will also allow us to talk about trellising, weeding and spraying. Now which vine to choose? And more importantly, what to call her? Well, as we currently have about 2,200 of them, I can’t say that I’m going to name all of them, but this one special vine needs to have a connection to the ground she is planted in.

The geology around Audaux is fascinating (well it is to me). We are about 15 miles north of the Pyrenees, and just at the northern edge of the foreland basin that was created when the mountains were formed by Spain colliding with France. This bit of land was driven many miles under the sea and then underwater avalanches formed layers of what eventually became a rock called Flysch. As the sea retreated and things like life started, it eventually ended up forming the backdrop to my little village in the middle of nowhere. Its the same kind of geology (though here on a much grander scale) to what forms the subsoil of Chianti. Read more on wikipedia below:

So, what to call a vine planted in Flysch? Trish of course. Classy, eh?

May 2019 – Trish a few weeks after budbreak, planted through a piece of flysch 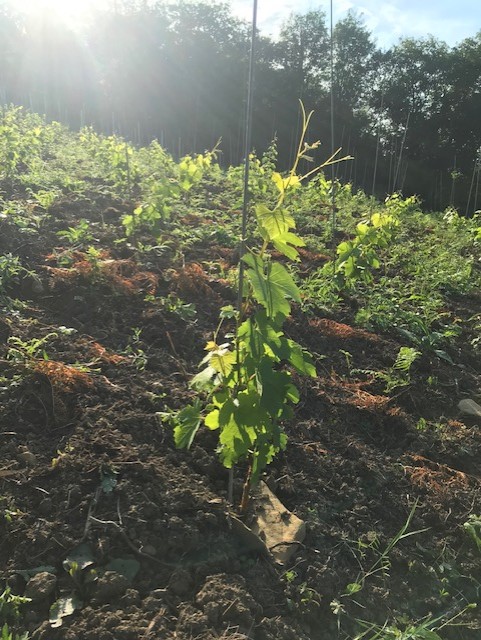 June 2019 – shoots extending quite quickly, tuteur (thin metal support) planted to the north east of the vine. The prevailing wind comes from the opposite direction 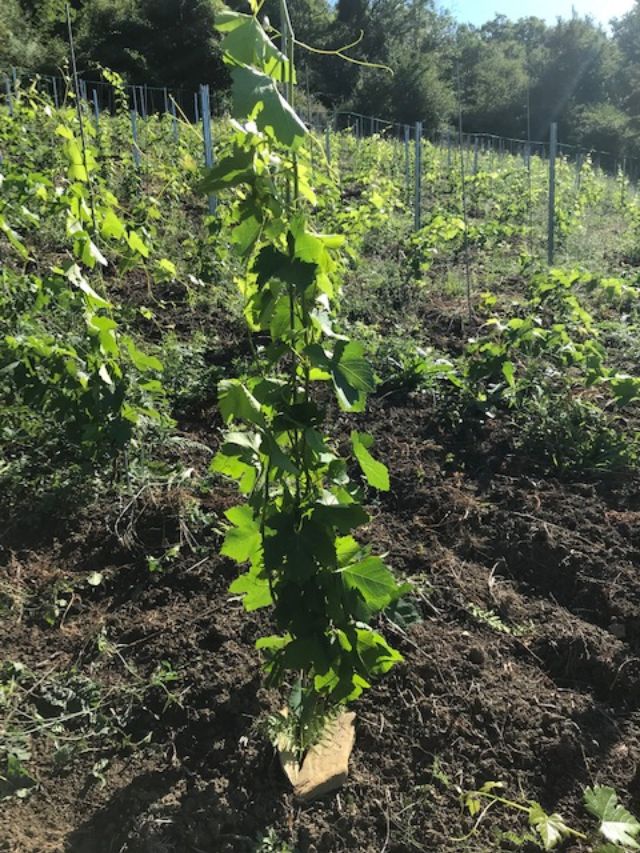 July 2019 – a month makes a lot of difference! Already extended to 1m30 in height with 2 main shoots. Weeds becoming problematic! 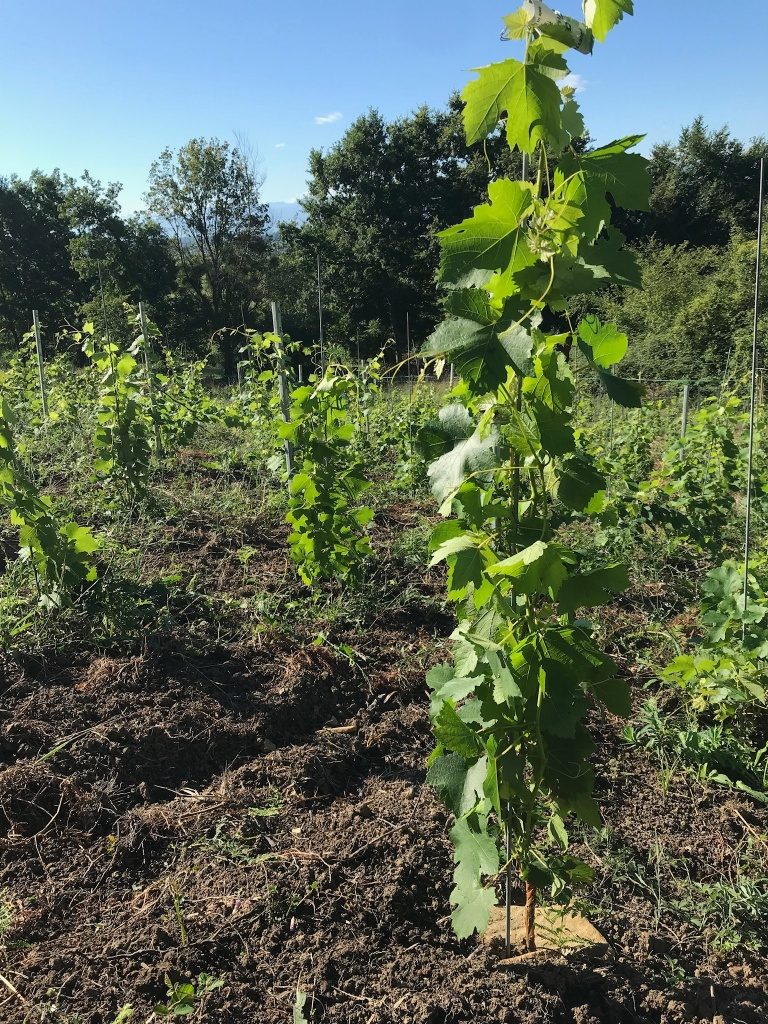 August 2019 – Now all the tuteurs and piquets (strong metal posts) have been placed across the whole vineyard and the vines tied in to them. Some vines have been topped to prevent them sprawling.

The goal for this year is to establish a strong root system to support future years of trunk growth and eventually (in 2 or 3 years time), grape growth. It currently looks like most of the vines have developed enough to start making the cordon next Spring. Those that havent developed enough will be pruned back to two buds again to increase their vigour.

Our biggest challenge this year has been managing the weeds. We have not used any herbicides, and because the field hasnt seen any chemicals in the last 50 years (possibly longer), when we turned the earth to plant the vines, we had 50 years of dormant weed seeds who all thought that happy hour was beginning. So far we have tried five or six different methods to try to control them, but that will be the subject of a later post.

Spraying for this year has been a combination of wettable sulphur and bordeaux mixture, applied according to a disease pressure model that we use to predict how much fungal growth there is likely to be according to temperatures and humidity. We hope this should enable us to keep chemical applications down to a minimum.

I will continue to update the photos as we head into autumn.